Roving Reporters turn Detectives!
Before half-term a very mysterious event happened in the classroom of Roving Reporters.
As we returned to class after break, a shocking scene met our eyes! A cup of tea had been spilt all over some Maths worksheets that we were supposed to be using in our learning!

We were all shocked, and an emergency meeting was called on the carpet. As no-one admitted to the crime, we had to turn into detectives to discover who had left such a mess behind. As we set to work, strange and unusual things were discovered.

First of all we looked at the crime scene. Could we recognise the mug (a black, small one). Had anyone spotted anyone drinking from it? As time went on, a screwed up note was found on the floor underneath the unit of trays. Written in rushed, red writing was the word 'Sorry'. Excellent! We had our first concrete clue. We compared this against other handwriting samples and everyone wrote 'Sorry' to prove their innocence. No-one in the class was guilty!

A little while later we discovered our next clue. Hidden behind the basket of high-visibility jackets was a shoe. How unusual! It was a black and white plimpsole. Did it belong to a man or a woman? Who do we know with Size 9 feet? These were just some of the questions we asked, as our minds started ticking over and we attemped to piece things together.

During our investigations, we had a visitor into the classroom. Ms Breach had come to borrow something. She was quizzed about the incident - did she know anything? After answering our questions, she left the classroom with "a grin on her face". Was this a sign of guilt? After much deliberation, we called Ms Breach back in and quizzed her further. e came to the conclusion that she was not the tea spiller as she still has both shoes on her feet!

We returned to the shoe. This was our strongest piece of evidence and one that would give us the best chance of catching the culprit. We had drawn up a list of suspects - could any of them fit this shoe?

But as she entered the classroom we all looked down at her feet, and sure enough one was without a shoe! "Does this belong to you?" we asked, presenting her with shoe. "Yes" she replied. At that moment, she admitted everything. She had accidently spilt the tea. So she left a note before hearing the bell ringing and rushing out the classroom to collect her class from the playground.

Some still doubt to this day that it was Miss Hocking who spilt the cup of tea. The evidence discovered certainly suggests she was the main suspect though. 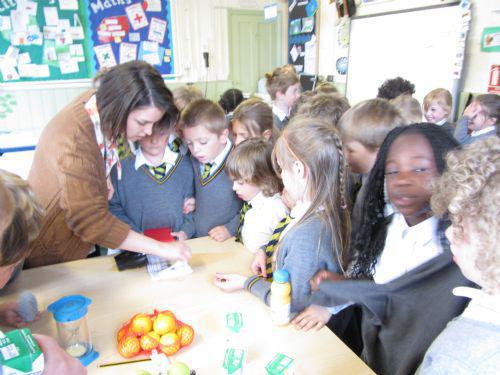 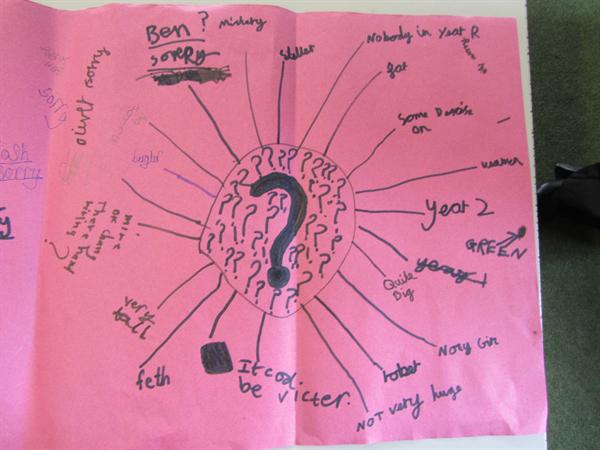 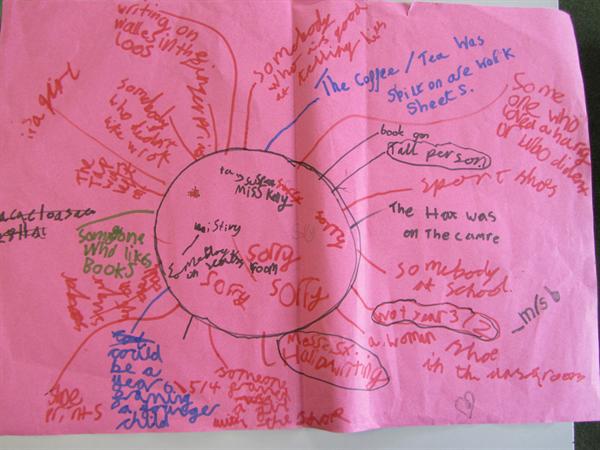 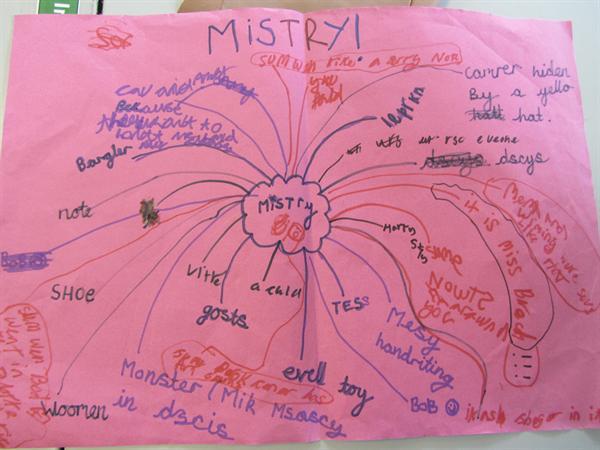 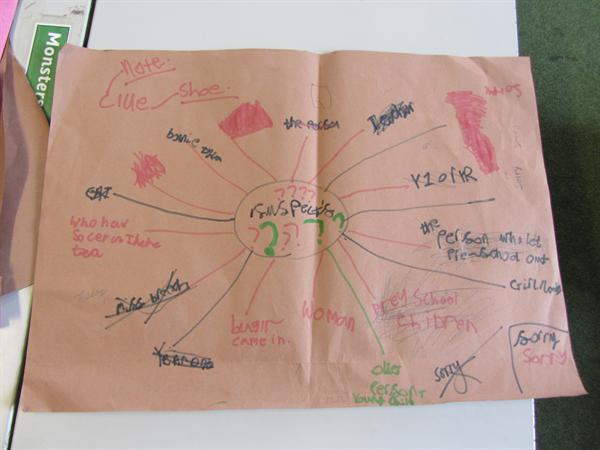 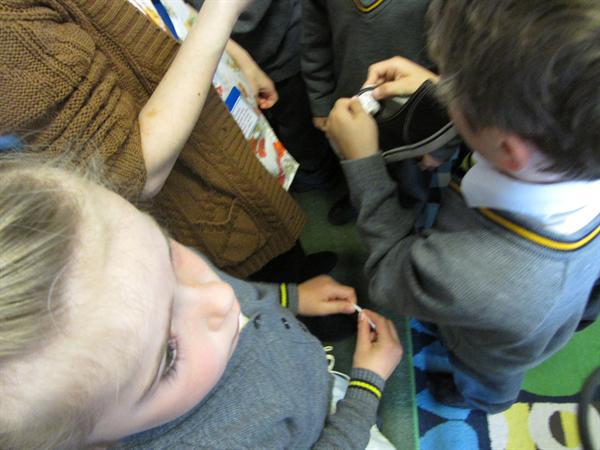 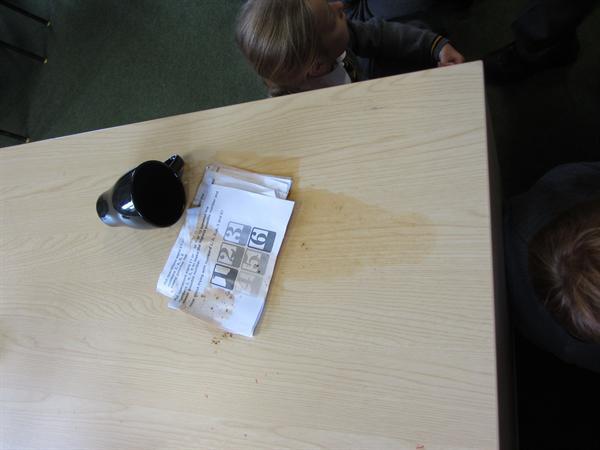 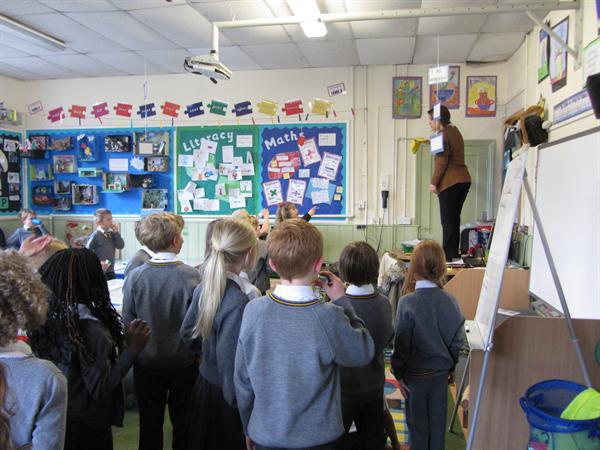 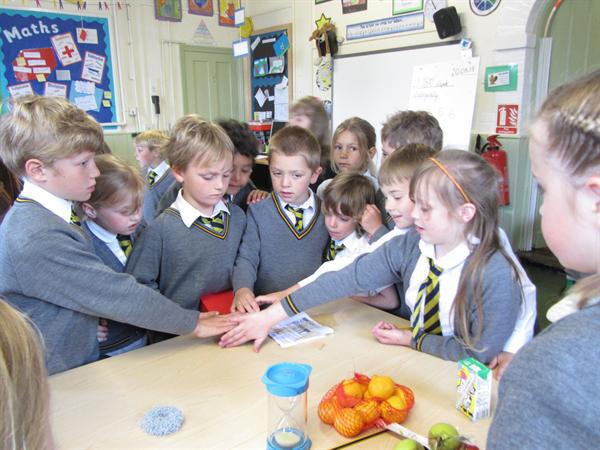